According to Thomas Liebig – a senior immigration specialist with the OECD – “No system is forever, and I think the Canadian example shows this very clearly.”  OECD is an organization with 36 member countries, among which are the UK, the US, Germany, France, Canada and Australia.  The organization recently evaluated the immigration systems of 10 of its members. The evaluation was conducted via a series of reviews for each of the countries involved. In the end the evaluation clearly showed what we already know: Canada’s immigration system stands out by a large margin.

The Canadian economic immigration system is able to stay at the top thanks to its firm base principals:

The main reason Canada stays ahead in the field of immigration is the wide view of the candidate’s needs.  This is what brought this system to a state where it’s the “largest, longest-standing and most comprehensive and elaborate skilled labour migration system in the OECD”, according to Liebig.  By seeing the candidate’s needs rather than just its own, Canada is able to know the candidate and channel the candidate’s skills where they are most beneficial. 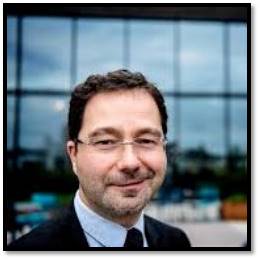 Liebig mentions Canada’s Express Entry system as the one where Canada’s flexible yet durable approach is most apparent.  In the OECD’s report, Express Entry is titled “the most elaborate selection system in the OECD,” and mentioned as one that has managed to refine the selection system more than its peer countries.  Liebig called the system a role model for managing economic migration, one that many OECD members look up to.  “This quick reaction and constant improvement is actually a quite interesting contrast to the debates we have in other OECD countries on migration,” Liebig explains the main difference between Canada and its peers.

The OECD report continues to describe Canada’s immigration system as “highly reactive to new developments,” and describes Canadian immigration policy as “more strongly evidence-based than elsewhere.”  The strength of this system is what resulted in tremendous public support of immigration by an overwhelming majority of Canadians.  The high acceptance rates is the direct derivation of proper management of the system and of Canada’s ability to use immigration for its economic advantage.

Canada has also succeeded to bring immigration to its less-populated provinces through it’s Provincial Nominee Programs. Not only does this create a balanced distribution of immigration across Canada, but it also complements the federal programs.  The candidates selected by a PNP are often less skilled than those selected by the federal programs, giving a fair chance to those with fewer skills.  Statistics show that it is these immigrants whose initial labour market outcomes are better, and so are their retention rates.  The PNPs contribute so much to the system, that the OECD has recommended an increase in regional selection through the Express Entry system.  If Canada takes this recommendation and runs with it, it’ll be great news for all candidates, as you can learn here.

Canada’s Minister of Immigration, Refugees and Citizenship, Ahmed Hussen, said he was honoured that the OECD identifies Canada as a role model on successful migration management.

“Immigration is central pillar of this country’s future economic success and our government will continue to support immigration policies and programs that enhance the economic, social and demographic vitality of communities across Canada,” Hussen said.